In the 17th and 18th century Blar nan laogh was a McLaurin held farm in Appin. The following story about a wife stolen by the fairies was probably collected from Mary Carmichael, aged 71, Druimavuic, Glencreran [Earra Ghàidheal/Argyllshire]. I think that Act-nan-con being use here instead of Gleann na h-Iola, refers to the owner Stewart of Achnacon.

In the story, the man, from Blar nan Laogh, Ach-nan-con, Appin [Bàr nan Laogh, Achnacone, An Apainn, Earra Ghàidheal/Argyllshire] drags his wife by the ankle through a fire and discovers, as he suspected, that the fairies had replaced her with the trunk of an oak tree 'black stoc daraich'. The story states that the fairies are keen to take women for their milk to feed the fairy children. 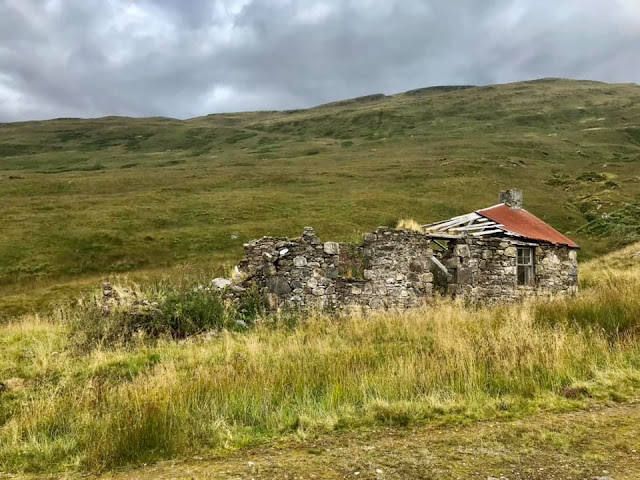 The fairies carried her away from her lea-shiula .

There was a man in Blar nan laogh Ach-nan-con, Appin.

He went to Duror for whisky. In reting he

laid down the jar & made water. This

He looked down & saw his own

wife whom he carried home - & plac

in the barn. When he went in his

own mother & his wife moth were

in great distress about his un-returned

wife. He caut her by caol nan cas

& dragged her thro a large fire & she was

a black stoc daraich in the door.

This was what the sith plac in his

wifes bed when they carried her away.

He placed his wife in her bed. She

was deliv before he left. That is why they

are so keen to take women for their

When the old black fairy was thrown in the

glumag was by the woman. When

the tailor told her he was a fairy

when he made the fuarag.