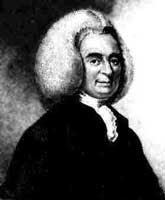 Keep in mind that Colin’s remarkable life was conducted primarily in the dark and on horseback, with sick children at home!

In Neil McLaurin's "Creag an Tuirc" he quotes one of Colin MacLaurins letters, describing his cousins in Ardchattan, who he was not able to visit because of the weather in 1721. Colin was staying at Auchnaba on Loch Etive the home of Colin Campbell vicar of Ardchattan and fellow scholar. There were McLaurin families living in Ardchattan at Coire-bliochdaig, Inveresragan and Kiel 1721. So perhaps G.G. McLaurin from South Carolina was correct that his line was related to Colin MacLaurin the noted mathematician.

The following passage is from a letter that Colin wrote to his cousin Archibald Campbell of Knockbuy October 11, 1742, describing family illness..

“Johnie (John Maclaurin, Lord Dreghorn, Clan Chief) is free of fever & is up to day, but the Cough continues, the youngest child is bad. I was not well on Saturday when you was here, but was worse at night, however I am now quite well. If I had not found myself out of order I would have opposed your leaving us more that I did”

On May 28, 1743 Colin again reports in a letter to Sir Andrew Mitchell of illness in the family and the condition of his farm ‘Drygrange’.

“Yesterday & for some days before my boy’s pulse was quick & feverish, but to day he is better and I hope to be at liberty to go south in a few days. - My farm is still watse, but on Monday I expect to set it in some shape otr other - However, I shall write either from hence or Newcastle, whither I go journey riding, being thence either to take easy post or the coach as the weather & circumstances allow, or perhaps ride a little farther on the Hirers. Adieu Dear Sir till meeting”

On June 2, 1743 Colin wrote again to his cousin Archibald Campbell of Knockbuy, describing that he had leased his pasture at Drygrange.

“I have at length got the grass farm at Drugrange set for the summer to two Gentlemen six miles south; If they want any Cattle, I have given them a letter for you, and as they have helped me ata great pinch, I hope you will be kind to them... Send to you. I propose to set out to morrow...shal to you from London”

The close ties to this McLaurin family and the Campbells is evident from this passage to his cousin Archibald Campbell of Knockbuy, where Colin notifies Archibald of the Duke of Argyle’s death.

“I am sorry to tell you that the Duke of Argyle  (John Campbell, 2nd Duke 1678-1743) died this morning. With him the Spirit & Honour of Scotland is gone. When shall our Country have such a moan to boast of? We are fallen indeed! The best Speaker, The gallant man, one of the warmest friends & best Countrymen, was ours. But he is no more!” The Collected Letters of Colin MacLaurin, edited by Stella Mills, University of Birmingham.

Colin MacLaurin was born in February 1698 at Kilmodan, Glendaruel, Argyllshire, where his father was a minister. Much of MacLaurin’s upbringing was the responsibility of his uncle, a minister in Kilfinan, Argyllshire: MacLaurin’s father died some six weeks after his son’s birth and his mother died in 1707.

“In 1709 at the tender age of eleven MacLaurin entered Glasgow University to study for the ministry, although he soon became interested in geometry and was perhaps influenced by Robert Simson, who was certainly in Glasgow during part of MacLaurin’s student days and who became Professor of Mathematics at Glasgow in 1711. MacLaurin graduated M.A. in 1713, for which he produced a short philosophical dissertation (in Latin) ‘On gravity and other forces’.

Following his graduation MacLaurin returned to Kilfinan, where he spent several years in private study of mathematics and divinity, before being appointed in 1717 Professor of Mathematics at Marischal College, Aberdeen. It is interesting to note that in connection with this appointment MacLaurin was described as a student of divinity. However, from then on he was very much a mathematician, his main interest at that time being Newton’s ‘organic geometry’, in which curves are defined in terms of fixed points and systems of lines through them which move in prescribed ways.

In 1719 MacLaurin spent several months in London, taking with him the manuscript of his forthcoming book Geometria Organica (1720). He met Newton, who, as subsequent events confirmed, was most impressed by the young Scottish mathematician, and was elected a Fellow of the Royal Society in November, one of his proposers being Halley.

The early 1720s were very productive years for MacLaurin. During this period his ‘organic’ ideas developed into the beginnings of projective geometry. He was also concerned with more applied topics and in 1725 was awarded a prize by the Academic Royale des Sciences, Paris, for his dissertation on the ‘Percussion of bodies’. During 1722-4 he was in fact on continental Europe, acting as tutor to the son of Lord Polwarth. It appears that MacLaurin took up this appointment without waiting for final approval from the authorities at Aberdeen or making provision for his classes during his absence. On his return he was called to account for his actions, but it seems that MacLaurin’s standing was now such that his wayward behaviour could be overlooked and he was allowed to resume his position at Aberdeen. However, a short time later MacLaurin quarrelled with the authorities over voting rights in rectorial elections and in 1725 they learned through the press that MacLaurin had been appointed to assist the ageing James Gregory* at Edinburgh.

Apparently, strong support from Newton had been a major factor in securing this appointment for MacLaurin, who remained Professor of Mathematics at Edinburgh for the rest of his life. In 1733 he married Anne Stewart, daughter of the Solicitor-General for Scotland; they had seven children. MacLaurin continued to be active in research during his tenure at Edinburgh. In 1737 he was instrumental in forming the Edinburgh Philosophical Society, which was an extension of an existing medical society and developed into the Royal Society of Edinburgh. In 1740 he was again awarded a prize by the Acadcmie Royale des Sciences, this time for a Latin dissertation ‘On the physical cause of the flow and ebb of the sea’.? From at least the mid-1730s MacLaurin had been working on a treatise which was partly aimed at answering criticisms of Newtonian calculus. This important and very influential work was published in 1742 as the Treatise of Fluxions. In it MacLaurin often gave two treatments of a topic, one using geometrical methods and aimed at those who doubted the validity of calculus, the other using ‘modem’ analytical methods. Of particular interest among its contents is his theory of the figure of the earth and its gravitational forces, which is also contained in part in his 1740 dissertation. Other mathematicians were working on this topic, notably James Stirling, Thomas Simpson and the French mathematician Clairaut, but MacLaurin was probably the first to give a treatment which was extensive and sound both mathematically and physically.

Two other books were published posthumously in 1748: An Account of Sir Isaac Newton’s Philosophical Discoveries and Treatise of Algebra, which became a popular textbook. Some of the material in these dates from the 1720s. MacLaurin published twelve papers in the Royal Society’s Philosophical Transactions on topics both mathematical and general**- two intriguing titles: ‘An account of a monstrous double birth in Lorraine’ and ‘On the bases of the cells wherein the bees deposit their honey’. Two papers were published posthumously (1754) in the Edinburgh Philosophical

Essays; these were presented to the Edinburgh Philosophical Society in 1740.

Unfortunately in the late 1720s and early 1730s MacLaurin became involved in two very public controversies, which perhaps did some harm to his reputation. The first of these was with George Campbell over priority in the discovery of certain results on complex roots; to some extent MacLaurin’s dispute was with the Royal Society, since he objected to their having accepted a paper on this topic by Campbell when MacLaurin had already published one related paper and had indicated that a sequel was imminent. The second was with William Braikenridge, who published in 1733 a little book on geometry and the description of curves; MacLaurin claimed that he had shown Braikenridge some of the results which appeared in this book in the 1720s and accused Braikenridge of passing them off as his own.

People of genius usually make an impact on a broad front and MacLaurin was no exception. He applied his mathematics to help customs officials at Glasgow determine the amounts contained in molasses barrels so that appropriate duties could be levied. A pension scheme for widows of ministers and professors, although not devised by him, did benefit from his advice and fine-tuning; MacLaurin actually went to London to support the Bill for its establishment through Parliament.

MacLaurin’s last years coincided with the Second Jacobite Rebellion, when Bonnie Prince Charlie attempted to regain the British throne for thedeposed House of Stewart. In 1745 MacLaurin became actively involved in the defence of Edinburgh against the encroaching Jacobite forces. When it became clear that the city would fall, MacLaurin fled to York. He returned to Edinburgh the following year in poor health, from which he did not recover. He died there on 14 June 1746. The Mathematical Gazette, November 1998 Volume 82 Number 495, The prickly genius-Colin MacLaurin (1698-1746), by Ian Tweddle